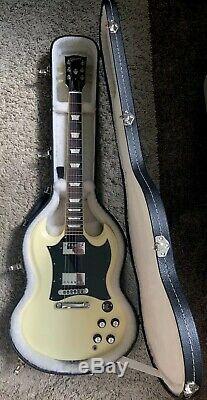 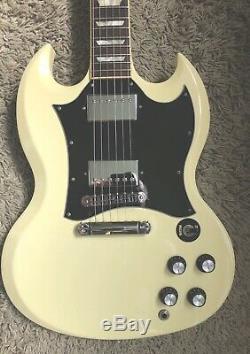 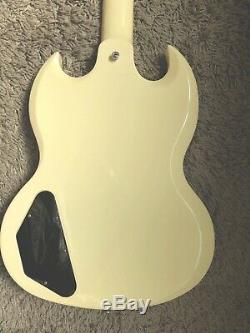 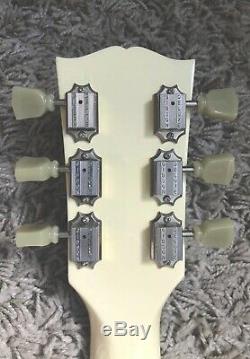 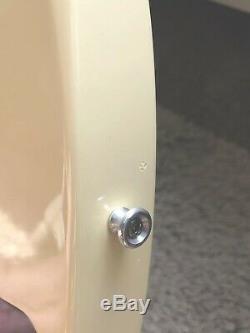 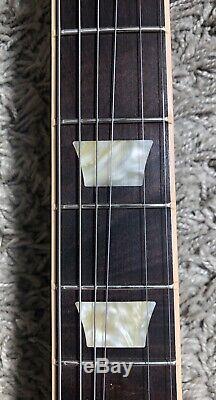 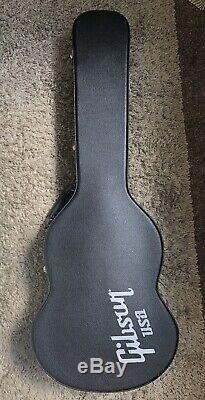 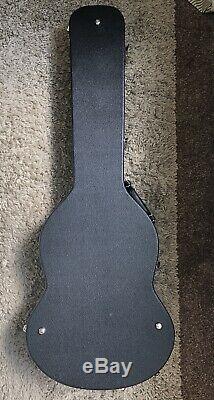 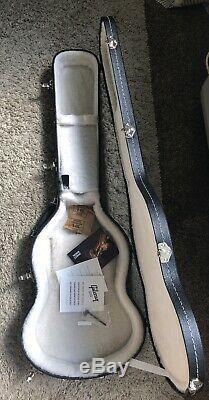 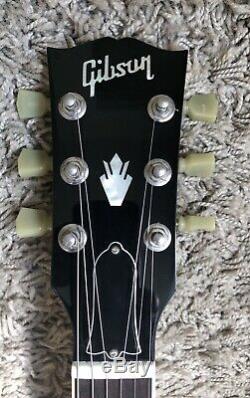 Gibson SG Standard Limited Edition Cream 2011 in Fantastic Condition. T his SG is unusual in that it has a fat 50s style neck and a burnt maple fingerboard so is al l around something different. Condition is U s e d a l b e i t i t i s In absolutely fantastic c o n d i t i o n as i s t h e c a s e. T he only things worthy of comment it a small d ink near the rear strap button and a slight area discolouration in t he finish on the back of the guitar, it i s slight so does not show in the photo.

Id prefer collection from Cambridge but I can courier it. A review from the time. Some vintage SG Standard, Special and Junior models possess necks that couldn't be more beefy if you dressed'em up with a slice of cheese and a gherkin.

That's what separates the new SG Standard Limited from the rest of the twin-horned pack. The guitar's mahogany neck, described as'rounded' by Gibson, starts out chunky at the top nut end then bloats ever more magnificently until you reach the 12th fret. The increased girth gives this SG a more robust vibe than its slimmer necked brethren. Natural sustain is excellent, too, another benefit of that extra wood.

Aside from the neck profile the only departure from the classic 51-year-old mahogany-based SG template is the fingerboard material. In place of the usual rosewood under your fingertips, Gibson has laid on a bed of something called'baked maple'. It's not just a clever name.

This is basically maple that is exposed to heat until it turns brown and looks a bit like rosewood. The baked maple has properties that make the SG Standard Limited a bit of a tone monster. Plugging in unleashes a textbook bright and punchy humbucker-fuelled sound that you'd expect from a great SG. We like the fact that the tough maple'board adds some harmonic zing to sustain notes. All the classic SG tones are on tap from Angus Young to Paul Weller. Don't be afraid of the beefy neck. Like an early 50s baseball bat-necked Tele, a fat-necked SG is much easier and faster to play than you'd think. The SG Standard Limited is a fantastic piece of kit. The build quality and finish prove Gibson can still cut the mustard when it wants to. The guitar is available in four classic finishes, including Cream, and comes supplied with a proper shaped hard case. The'limited' tag suggests that this model might not be around for long, although Gibson was no more specific than that. You should probably get a wriggle on, then, especially if you're intrigued by the prospect of a bigger neck profile. The item "Gibson SG Standard Limited Edition Cream 2011 Fantastic Condition" is in sale since Saturday, April 20, 2019. This item is in the category "Musical Instruments\Guitars & Basses\Electric Guitars". The seller is "canberra45" and is located in Cambridge. This item can be shipped to United Kingdom.