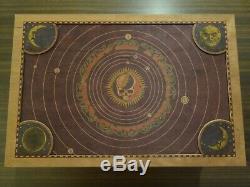 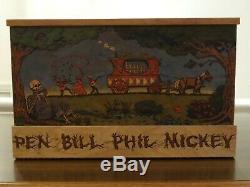 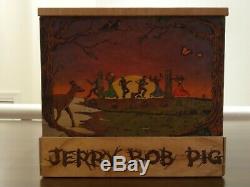 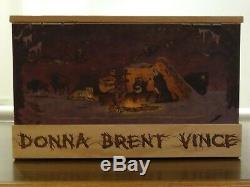 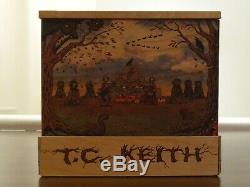 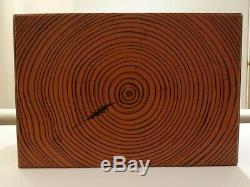 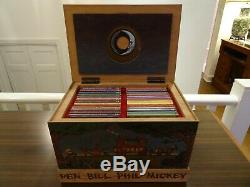 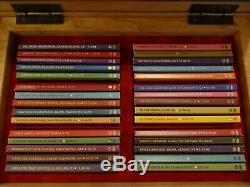 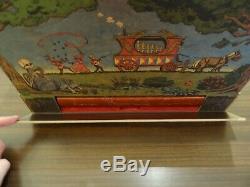 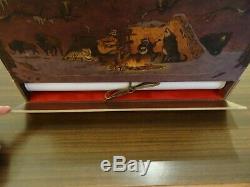 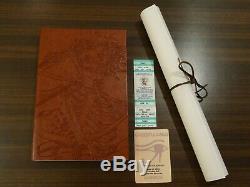 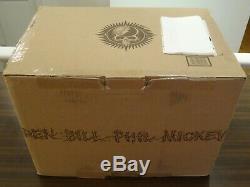 Grateful Dead: 30 Trips Around The Sun Box Set (80-CDs). I have collected GDCDs for many years and aside from the Europe'72 Box or Spring'90 Box, this in my opinion is in the same tier as those 2 box sets, which in my opinion are equally as important. One could argue Spring'77 or Fillmore West'69 are as well but the books that came with them are not as substantial as this for the discerning Dead Head. Finally Europe'72 and Spring'90 reflected 2 phenomenal tours (as other box sets have too), this box is the only box set to represent 50 years of Grateful Dead music (which was always changing for one reason or another) and actually deliver it all in this one beautiful box - in 80 Discs total (+ 1 double sided Vinyl), that was the goal of Dave Lemieux when creating this (and I believe he did a fantastic job), it is the largest box set ever made/released by The Grateful Dead and was also released in honor of their 50th Anniversary (in 2015). All of the 80 discs are in mint condition, I cannot emphasize this enough. There are absolutely no scratches/scuffs/hairline marks/finger prints or anything you can think of on any of them, all discs are absolutely mint and free of any defects. The discs are housed in the most superior version of slip/wallet cases The Grateful Dead have ever released to prevent defects from removing and replacing them in these slip/wallet cases that hold them (unlike the 1st pressings of Road Trips which had a rough/unfinished surface for a slip/wallet case or the Winterland Box sets which sometimes posed difficult access). Digipaks are ideal but that would have made this box set much larger if used!

All 80 discs have been fully tested. MP3 and FLAC formats using 2 different disc drives, burned all of the discs, and played the set during the mandated quarantine to verify that everything was "JUST EXACTLY PERFECT" and it is the quarantine was a blast personally speaking considering all I did was enjoy these and my other GDCDs for about 3 months straight both visually and musically - I'm still going now just to a minor degree, the music never stops, too much of Grateful Dead is juuust enough! A visual overlook of every disc before and after every single insertion to a drive or player was also done, so I can say unequivocally and without any doubts or hesitation, that all of these discs are not only mint/like new but also function without any faults for whatever your future intentions are with them, these discs are up for the task. Take care of them and they'll take care of you. So the record has never been played.

The book also comes with 2 ticket stubs which have never been used or displayed. (so, thanks to the spare book I bought, this book is unmolested and ready to be read). The book in this box set has never been read thanks to me obtaining one from another box for a low price compared to what one would sell for now as I just mentioned.

At any rate: the 80 CDs, all of the slip/wallet cases, the double sided 7 Vinyl record, the book, the 2 ticket stubs, the numbered scroll, and the box set itself are truly in mint/like new condition. I believe in full disclosure.

I'm sure by now many of you may be tired of reading but I believe not only in a thorough, well written description, documenting and taking many facts into account, but more importantly something of this magnitude deserves a worthy write up, especially considering the asking price and I hope you can agree with that statement! This box set has been stored in a climate controlled room, inside of a sealed cabinet along with many other of my GDCDs and box sets (not touching/laying against/or stacked on top of each other), with no light/sun exposure, in a pet, smoke, and vape free home. Never used for display, always hidden away. This has been treated like a collectible, it is a collectible, and I truly hope it goes to someone who takes care of it as well as I have.

To summarize: everything is mint/like new as stated above, all discs function 100% and are free of flaws on the playing surfaces, and this box set has been exceptionally well taken care of (never displayed) in every capacity imaginable. The condition of this box set is very much worthy of a museum. If you have any doubts feel free to move on, another will eventually come along, from someone as enthusiastic about it or The Grateful Dead as me? This does mean a lot to me and if you've bothered to read this far hopefully it may mean a lot to you too, I've done the homework and the asking price is fair, my lengthy description comes with the package, so thanks for bearing with me. Long live The Grateful Dead, the best band in the land. I believe I have covered everything, that's all folks! Thank you for your interest, consideration, and time. The item "Grateful Dead 30 Trips Around The Sun Box Set 80 CD 1965-1995 LIKE NEW CONDITION" is in sale since Monday, July 6, 2020. This item is in the category "Music\CDs". The seller is "coatoo" and is located in Wilton, Connecticut.